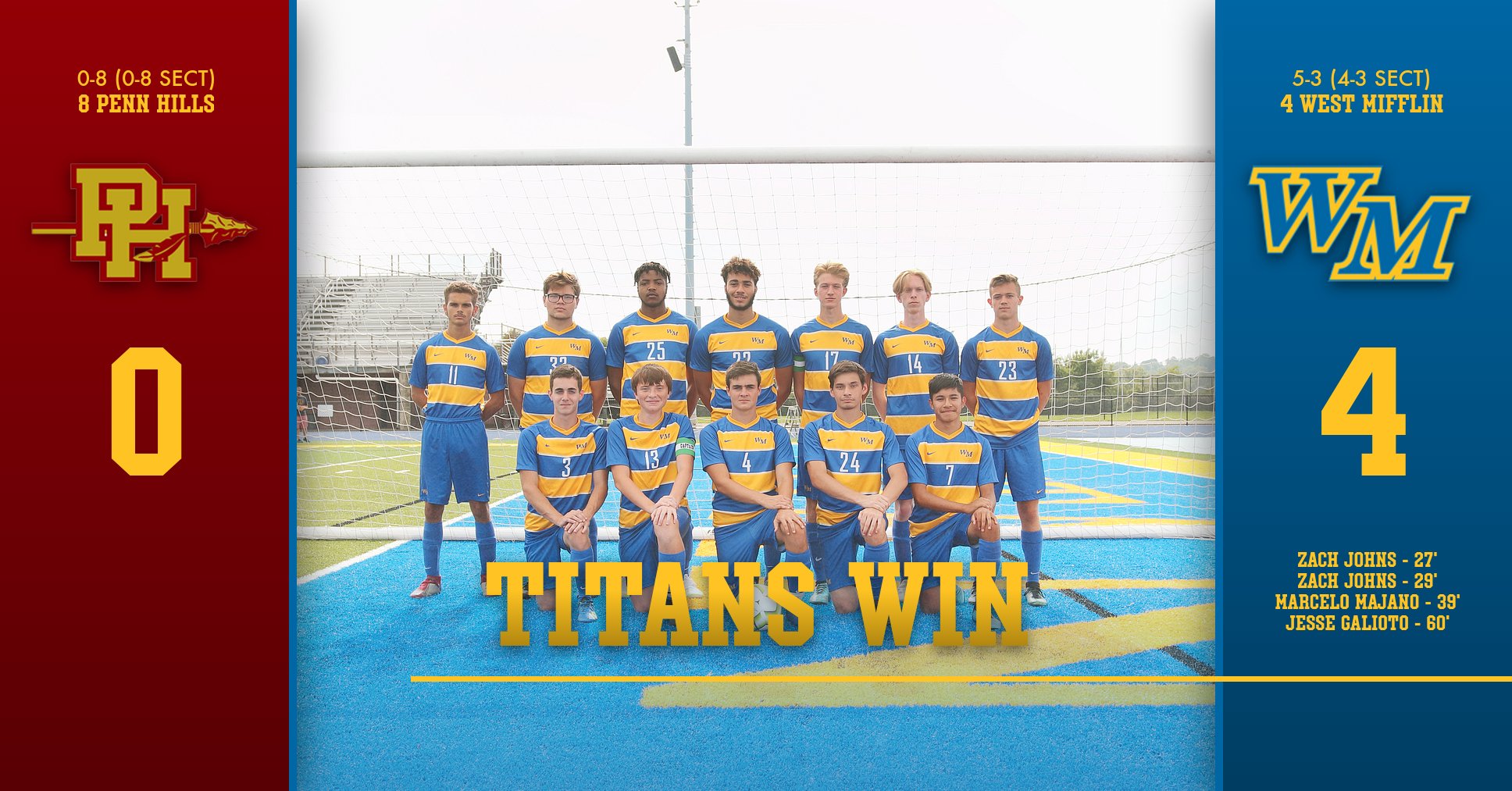 The first half was mostly all West Mifflin. They dominated play mostly but the Indians goalkeeper played lights out. He stopped the Titans attack.

Finally in the 27th minute Johns was able to put one in the back of the net assisted by Majano.

With one minute left in the first half, Majano made it 3-0.

The second was a bit slower. West Mifflin was able to get some of their seniors in as it was senior recognition night. In the 60th minute, The Titans were awarded a penalty kick and Jesse Galioto stepped up and conveyed. Flynn McCracken get another win and a clean sheet.