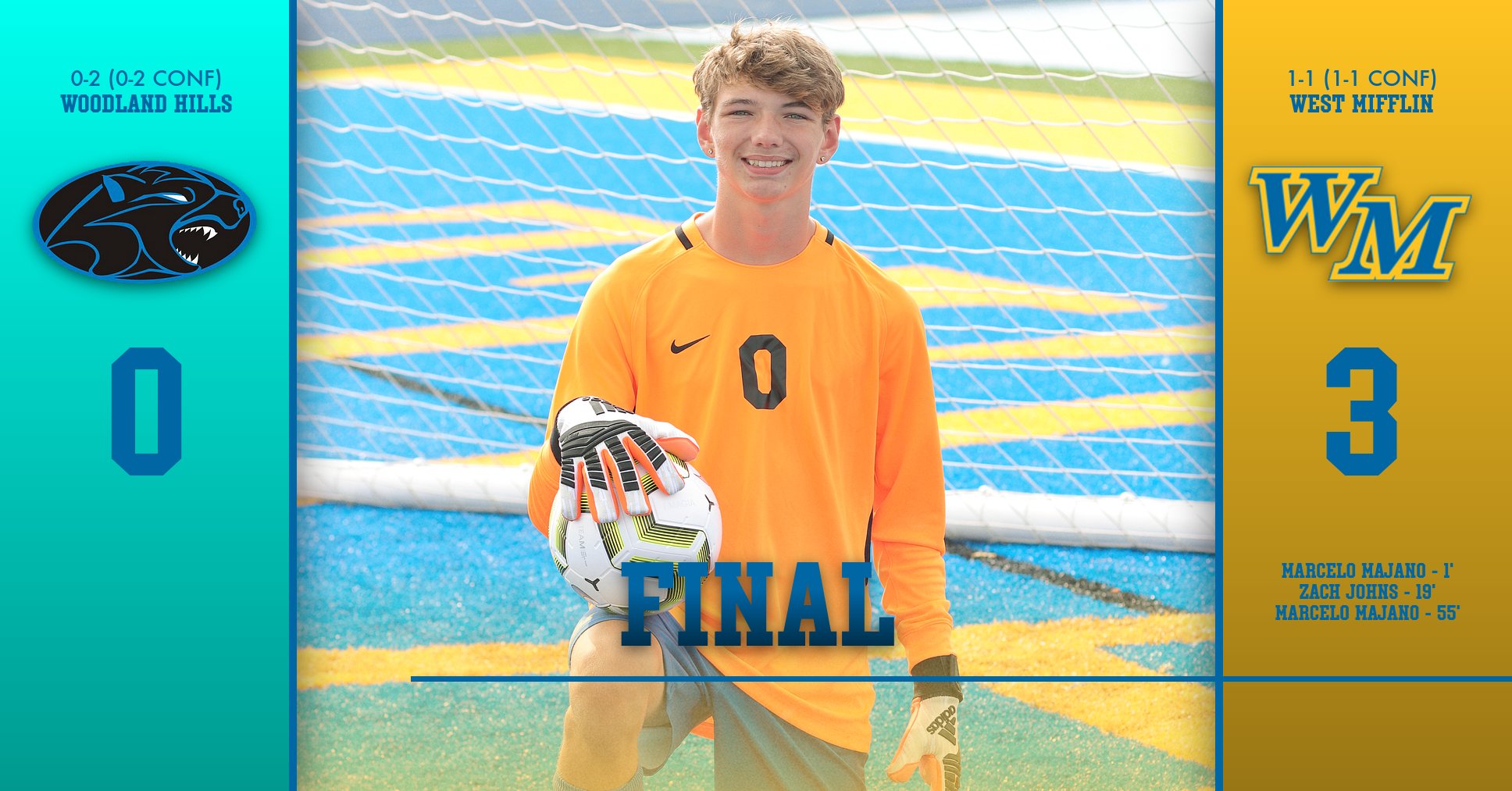 After a slow start to Monday’s game, the Titans started off with a bang.

It only took the titans about 60 seconds to get on the board tonight. Marcello Majano scored the opening goal. Majano intercepted it off a Wolverine defender, then beat the goalkeeper and dribbled it right into the net.

18 minutes later, Majano lost the ball inside of the Woodland Hills penalty area and it fell to the feet of Nick Miller. Miller took it to the goal line and hit an outside of the foot cross where Zach Johns deflected it into the net making the score 2-0.

The halftime score was 2-0.

The first 12 minutes of the second half was a midfield battle. 9 minutes in Woodland Hills had a shot that look destined for the right side panel to cut the lead in half. McCracken had other plans. The Titans keeper was able to make an incredible save and push the shot over the crossbar keeping the shutout alive.

Three minutes later, a Titan midfielder played a ball over the back line of the Wolverines to Majano where he was able to get past the goalkeeper and score his second of the night.

Flynn McCracken will get credited with his first clean sheet of the season.

The Titans will travel to Franklin Regional on Saturday for another conference matchup. Varsity at 5:30.