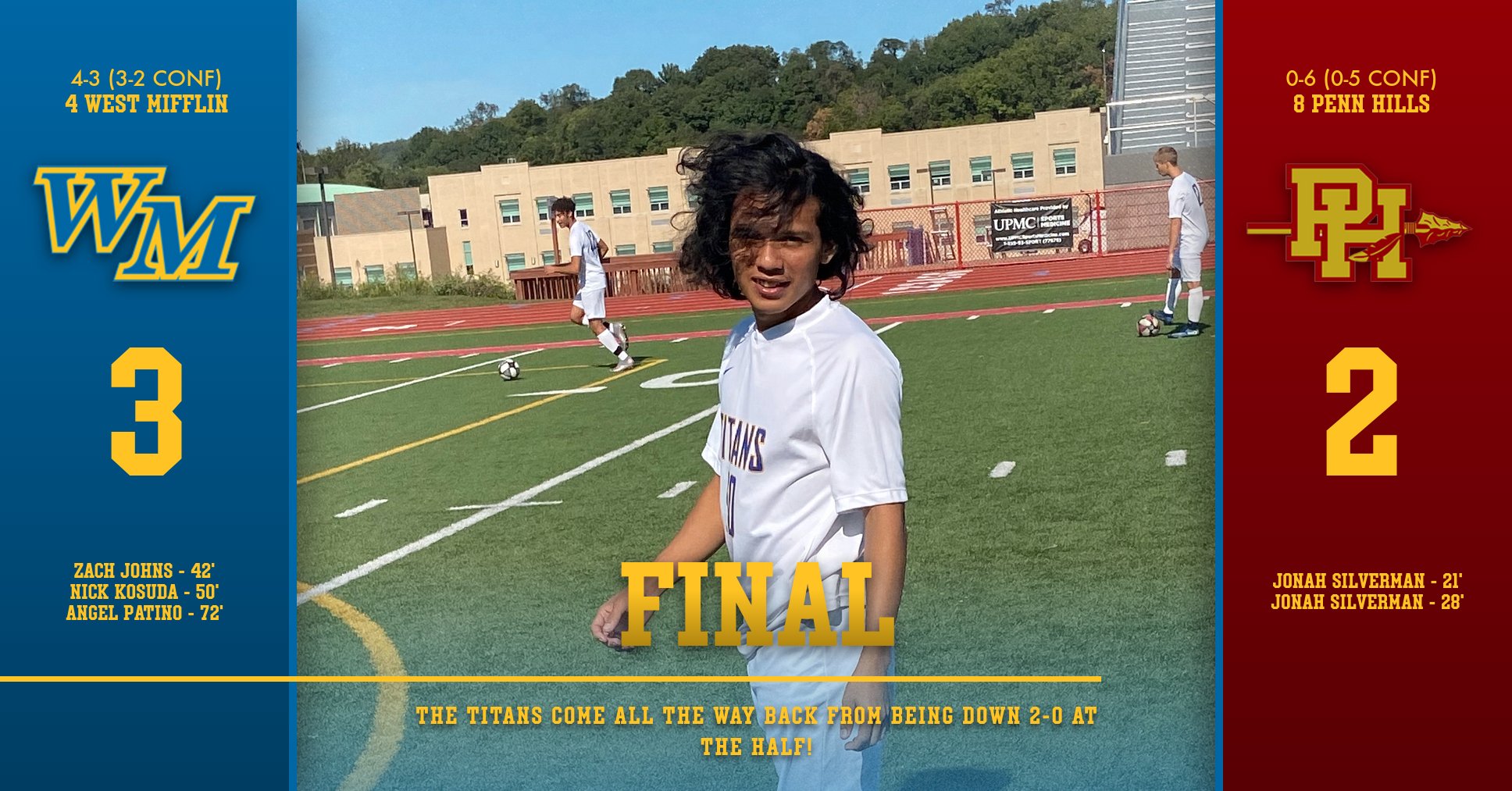 The saturday afternoon game was a great one. The battle of the Titans and Indians defiantly did not disappoint.

The game was a midfield battle. The Titans playing on a maximum size field for the first time ever. 180 yards long and 80 yards wide and they pulled it off.

The Titans started off slow and did not get any help. Penn Hills started the game off controlling the pace and not really giving the Titans any chances. In the 21st minute they finally got on the field. The Indians got a free kick and served it into the box. On the cross, two attackers hit the Titans goalkeeper, Flynn McCracken and the ball was put in by Jonah Silverman.

After a slow start the Titans started turning the wheels. Just two minutes into the second half, Marcello Majano drew a penalty kick and the Titans converted cutting the lead in half.

Just a minute later, Zach Johns beat the backline and had a breakaway but the goalkeeper, Landon Hankey but an outstanding save keeping the lead for the Indians.

The Titans drew a corner kick in the 50th minute. Majano took the kick and Johns headed it off the crossbar and fell to Kosudas feet. Kosuda who had four goals in their last game was able to score again leveling the score at 2.

The next twenty minutes went back and forth. Both teams had some free kicks that they put over the bar and a few shots for either side.

Finally in the 72nd minute, the Titans drive the goal line. Johns hits a right footed service across the middle and Angel Patino was able to tap in what ended up being the game winner.

With the Titans win, they stay in 4th place in their confernce. They have a two game lead on Gateway on Woodland Hills. West Mifflin is scheduled to play at Gateway Monday but after Friday nights football game being cancelled we will wait to see. WM has a game on Woodland Hills as they beat them at home already. On Wednesday they play Penn Hills again. Come out and support as it is the boys senior recognition night.