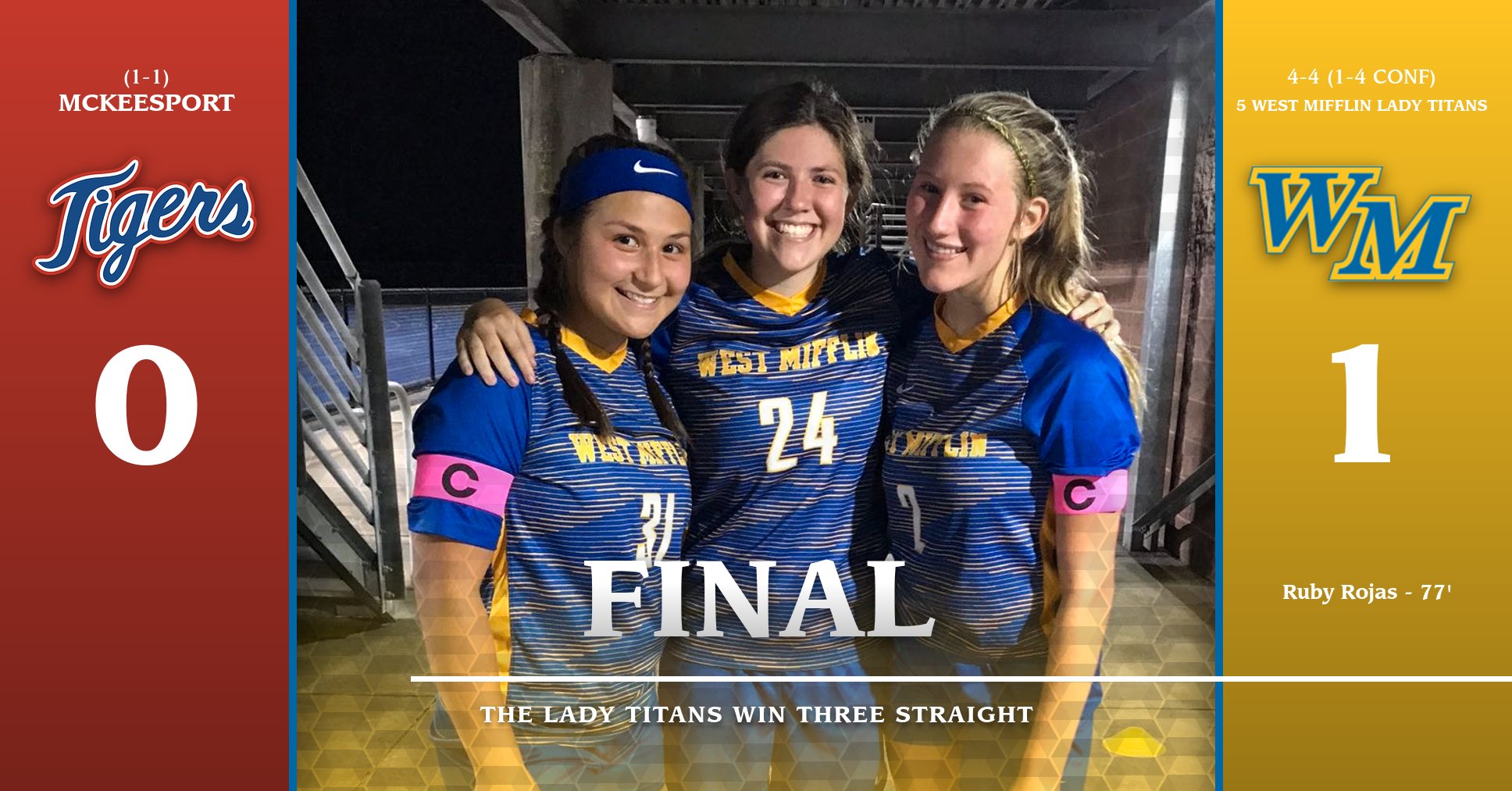 THE LADY TITANS WIN THEIR THIRD STRAIGHT GAME FOR THE FIRST TIME SINCE 2015!

The game started off as a midfield battle. The first shot of the game came in the 18th minutes when the Tigers had a shot and Alyssa Collins made a great save keeping the score 0-0.

The first half ended the same way. It was a midfield battle the entire half and no real great chances for either side keeping the first half scoreless.

The first great chance of the second half came when Rojas picked up the ball on the wing and was able to pass a ball to Beck between the defenders legs, but Beck’s shot was deflected and the Goalkeeper was able to pick it up. Just a minute later the Tigers were awarded a free kick, they put it on goal from 30 yards out and Collins was able to make the save.

Both sides had equal chances in the second half.

FINALLY WITH 2 MINUTES LEFT ROJAS GETS ON THE BOARD TAKEN THE LEAD. 1-0 Titans.