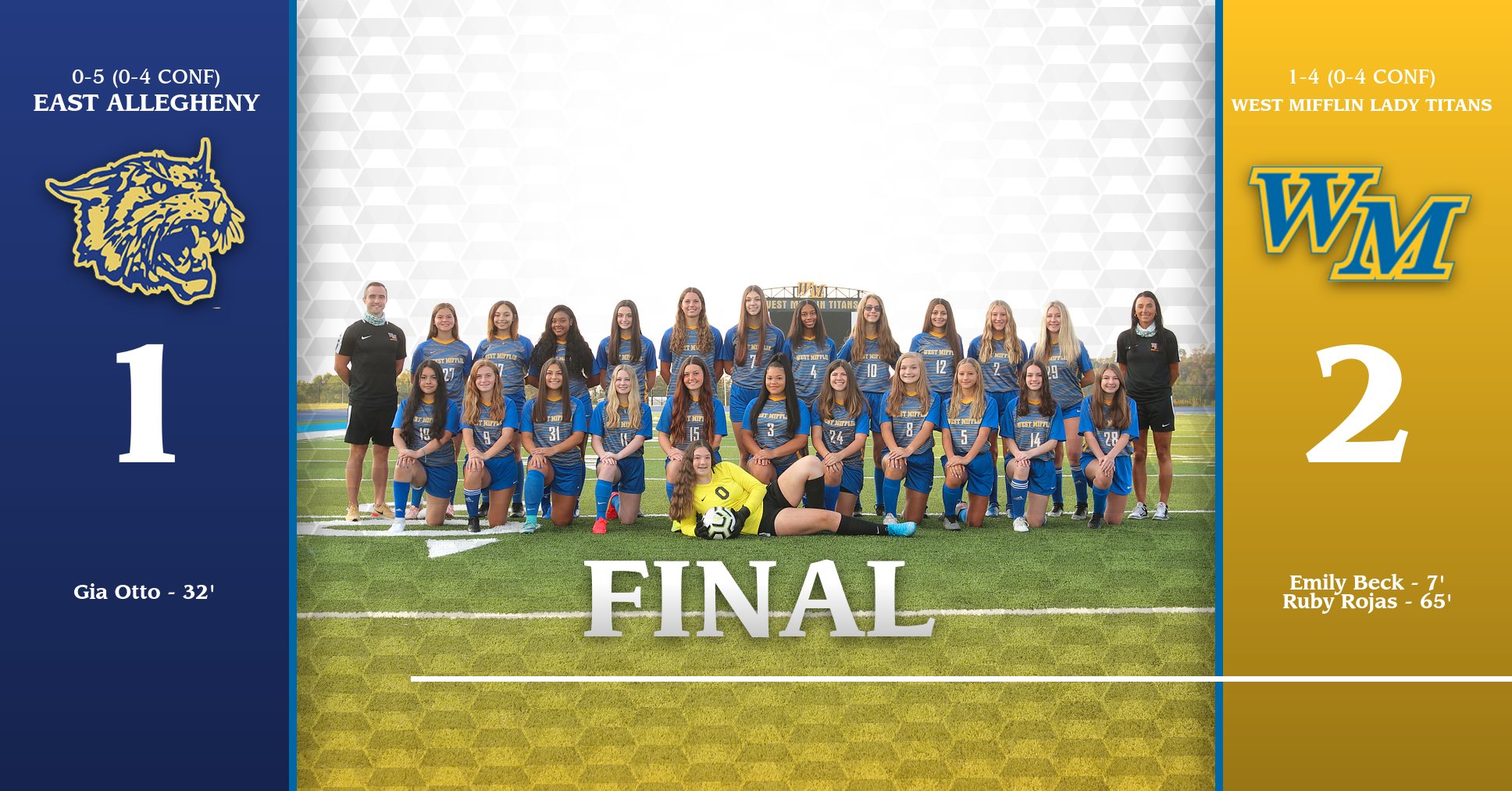 The Lady Titans went with a 3-5-2 again to start the game vs the Wildcats. Alyssa Collins got her first varsity start in goal. Tori Carr, Whalen and Sample (first game of year) started in the back today. With five midfielders the Titans went with Kalamets and Marissa Johns on the wings, Vankirk and Falyn Carr in center defensive mid and Adrianna Johns attacking mid. Beck and Rojas got the start up front.

The first 7 minutes were all East Allegheny. They had 4 corner kicks but no shots BUT West Mifflin came down and Rojas played a ball to Beck. She played it to Drina Johns who got tripped up but was still able to pass it back to beck. Beck scores her second of the year and give the Lady Titans a 1-0 lead in the 7th minute.

The Wildcats were given a Pk in the 18th minute and Dalia Bello missed it over top keeping the score 1-0 WM.

With 14 minutes left the Wildcats had a free kick that Collins came out and grabbed keeping it 1-0.

With 10 seconds left in the half. KEARNEY WHALEN TRACKS BACK 45 YARDS to stop the breakaway.

8 minutes into the half, EA had a free kick from the 20. The attacker hit Collins and Gia Otto scored.

15 minutes in, they were awarded. a free kick but the Titans were able to defend it.

In the 65th minute, Beck played a ball to Johns who was able to put it over the backline and to Rojas. Rojas and the Goalie collide and Rojas was able to put the ball in the back of the net. 2-1 Titans with 15 minutes left.