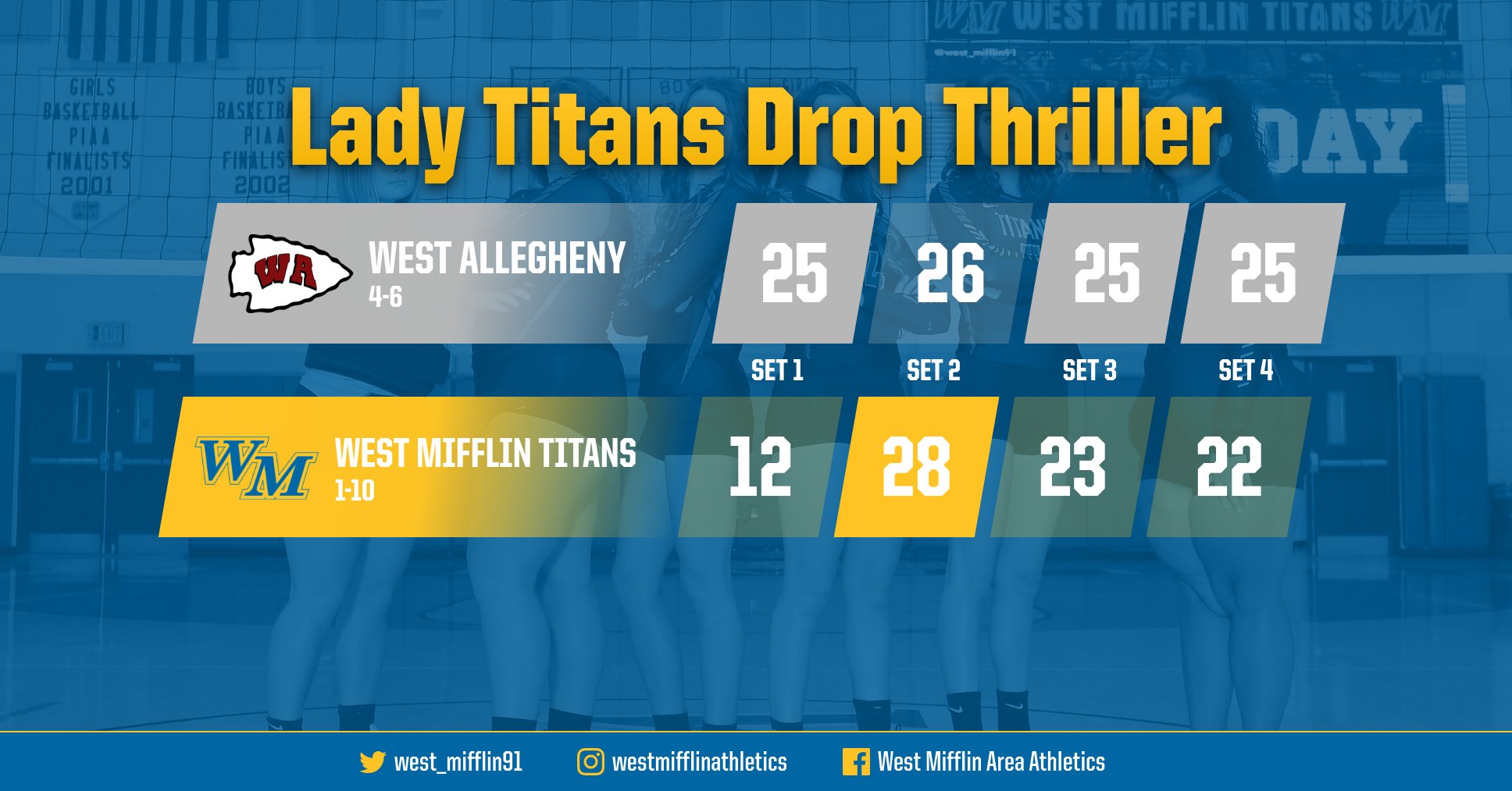 The first set was rough for the Lady Titans but it woke them up.

Third set West Mifflin started off strong going up 4-1. Then it downhill for a little while, they went down 8-4. Then Tamyah Ray was in to serve and brought the game back to 8-8. Macumber tied the game on a great spike. Following that run a few points were loss for WM due to miscommunication. They went down 9-13. Riley Boehm was next in line to serve and brought the game back to 13-10 but still down on the scoreboard. Coach Gougler calls timeout and gets a point right back on the following serve. After going down 17-11. Macumber with another kill and she is serving next. Hohman got another kill and cuts the deficit to 6 she serves now as well. West Mifflin made the comeback from 24-18 but just fall short dropping the third set

The fourth set was back and forth for most of it until West Allegheny went on a run going up 17-12. The Lady Titans would have a mountain to climb, can they do it? THE LADY TITANS WOULD COMEBACK TO TIE IT AT 18. After a WM timeout. They would eventually drop the set and the game