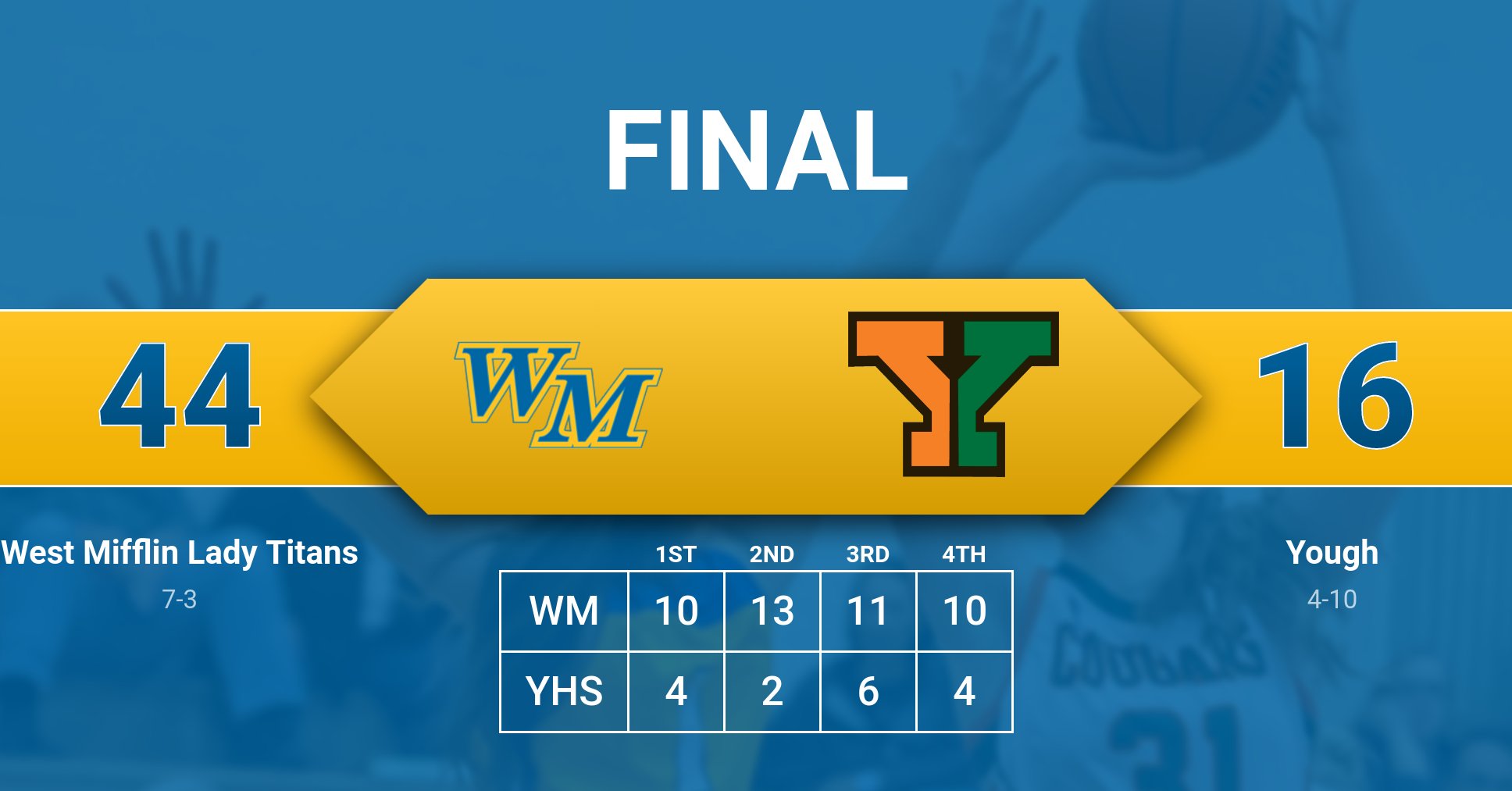 Earlier this year, the Lady Titans defeated the Cougars 59-11. They completed the season sweep today win a win.

This win moves the Titans to 7-2 in the conference. The beginning of the game was sloppy for the Titans. Shots would not fall that fell all year long. Nothing would go their way.

After the first three minutes the score was only 5-2 for the Lady Titans. Laney Gerdich had the 2 points for Yough. Genes had a three and Sample had a basket as well. Finally in the final 47 seconds of the first quarter, Yuhas hit a three and Mackulin scored as well. 10-4 as Gerdich got her second basket with about 2:30 left.

The second half was all West Mifflin. Genes would score 10, Mackulin with 6, F. Carr with 3 and Battles with 2.

FINAL STATS:
WM: Shelby Genes 19 points (5 three pointers), 6 Rebounds, 3 blocks 4 steals and 2 assists.
Emma Mackulin had 9 points, 5 steals and a rebound
Falyn Carr had 5 points, 5 rebounds a steal and an assist
Bri Battles had 4 points, 3 rebounds, 2 steals and an assist
Aubree Sample had 4 points, 4 rebounds, a steal and 3 assists
Lauren Yuhas had 3 points, 2 rebounds 2 steals and 4 assists
Shannon Conley had 2 blocks and a steal.
Emily Beck had 4 rebounds
Emily Buchleitner had 3 rebounds and a steal