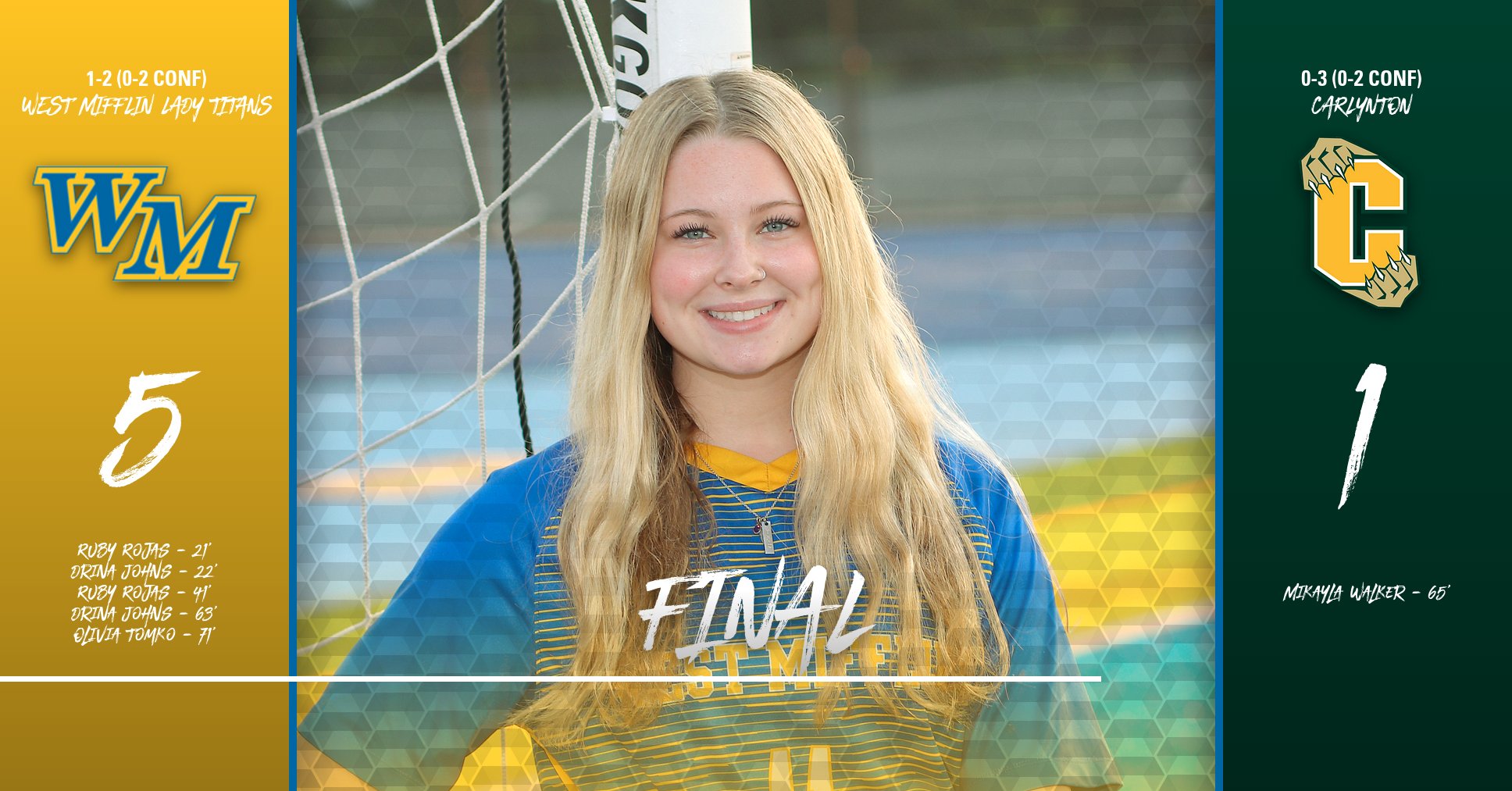 The lady Titans rebounded off of a tough last Wednesday night.

West mifflin started off dominating the game but could not put the ball in the net. Plunko has the best chance but the keeper made the save.

Finally, with 19 minutes left to go in the half. Ruby Rojas was able to find the back of the net on a breakaway.

Less then a minute later sophomore midfielder, Drina Johns, was able to make the score 2-0 which also was the halftime score.

Less then a minute into the second half, Marissa Johns played a great ball to Ruby Rojas who scored her second of the morning.
With about 15 minutes to go, Carlynton was rewarded a penalty kick with Mikayla Walker converted to make the score 3-1.

Just moments later, Drina Johns received the ball at the penalty spot and was able to tuck it in the bottom right post with the outside of her foot. Assist goes to Ruby Rojas.

Finally, with 9 minutes left. Emily Beck took a corner kick which went right to Olivia Tomko’s head and she put the header in the top left corner to score the games final goal.

The Lady Titans looked really good this morning with a stellar defensive performance from Junior defender Kearney Whalen. Also in the back line today was Alyssa Collins and Tori Carr, both sophomores and played great back there as well.

The lady Titans have 3 matches next week again. They travel to Elizabeth Forward Monday and South Allegheny on Wednesday. Fan attendance is TBD from the respective schools. Saturday they return home to host East Allegheny.