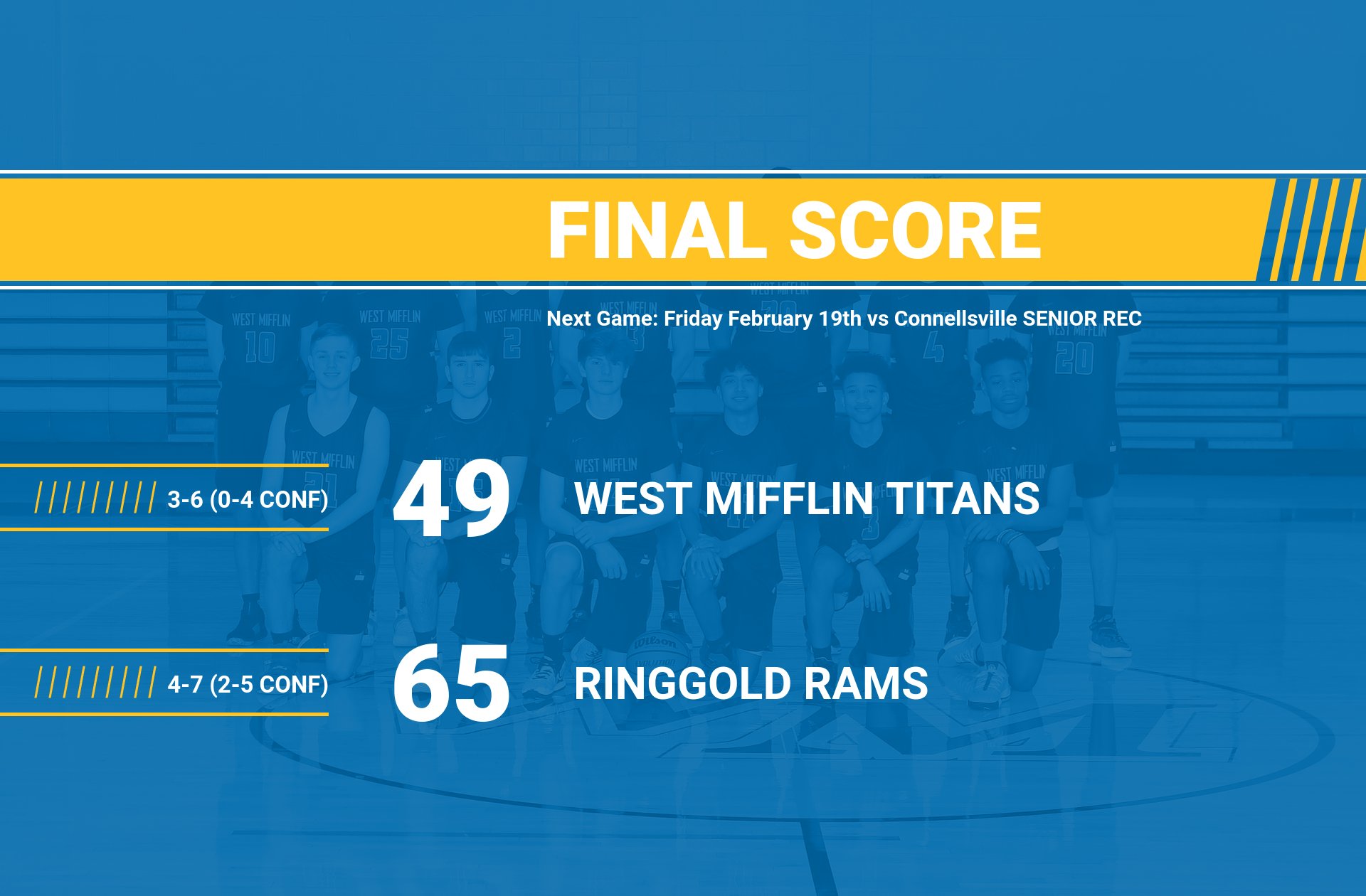 The Titans started off very well. Mekhi Scott was hitting almost everything in sight in the first half. Skyjuan Walker also was scoring very well. The second half was no where near the same.

Mekhi Scott had a great game scoring wise with 24 points but Demetrius Butler scored even more. Butler finished with 42 points.

The Titans will return home on Friday when they host the Connellsville Falcons for senior recognition night.

RG:
Demtrius Butler had 42 points. 14/17 from the free throw line and only 1 three-pointer.